Man sitting on stoop. Somewhere around East Ohio Street in the Northside neighborhood.

Back in the late 70Õs when I was photographing in PittsburghÕs Northside neighborhood, I knew I was photographing an overlooked and sometimes forgotten group of city residents. These were people who worked hard their entire lives at low paying jobs and struggled to get by in their later years. They were poor people who seemed proud and retained a strong sense of dignity. Good people.
© Richard Serviss 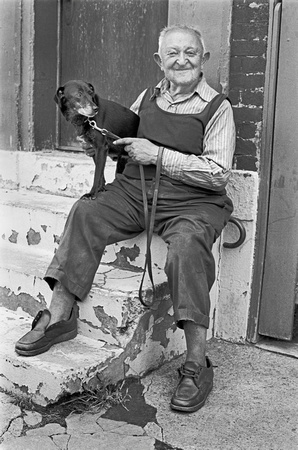