The Subway Inn opened in 1937 and closed in 2014. The bar was once descibed by The New York Times (July 24, 2014) as “an endearing dump of a saloon.” The building housing the bar has since been razed.

According to the Village Voice ( August 20, 2014 - “Judge Keeps Subway Inn’s Doors Open For Now”) it was the kind of the place where Marilyn Monroe and Joe DiMaggio would stop by for a nightcap.” In it’s later years, It was one of the few places in the neighborhood to offer cheaply priced drinks. The Subway Inn attracted a loyal following of customers. 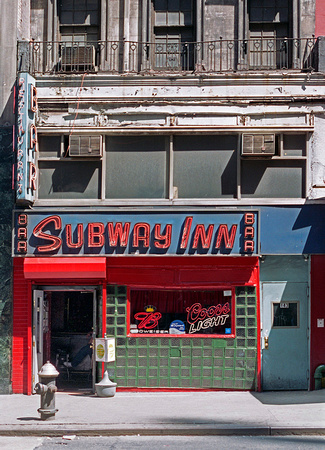