Old buildings can have a strange history. For instance, in January 1940, the janitor of this building, who was raising a family and earning $1 a week, decided to end his life. He went into the basement with gun and shot himself in the head three times.

Upset that he was still alive and hadn’t even fallen down, he went back upstairs and told his family about the attempted suicide. He was taken to the hospital where X-rays showed at least two bullets in his head.

Since this photo was taken the building's facade has been cleaned and the advertisement removed. The surrounding neighborhood has become high rent. 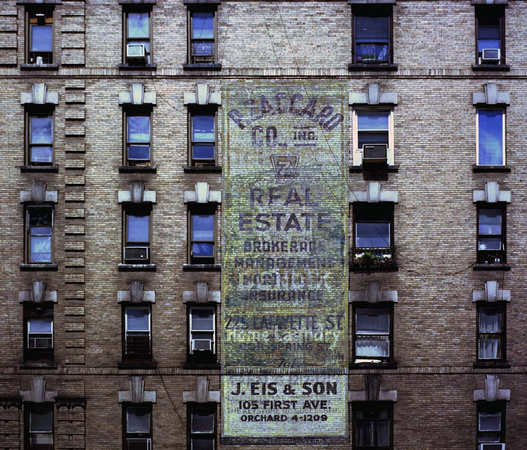