In the Rolling Stones 1981 music video "Waiting on a Friend," Mick Jagger and Keith Richards meet the band at this bar. Eventually, the inside of the bar was painted with murals depicting the Rolling Stones video as well as paintings of the Beastie Boys, whom I believe frequented the bar as well.

This was a great New York City dive bar for hanging out and drinking. I would often drink at this bar with Johnny Thunders former drummer, Ty Stixx, after spending time at The Holiday down the street. St. Mark's Bar & Grill attracted an odd assortment of musicians, artists and East Village irregulars. It was a classic East Village dive bar that I miss very much. 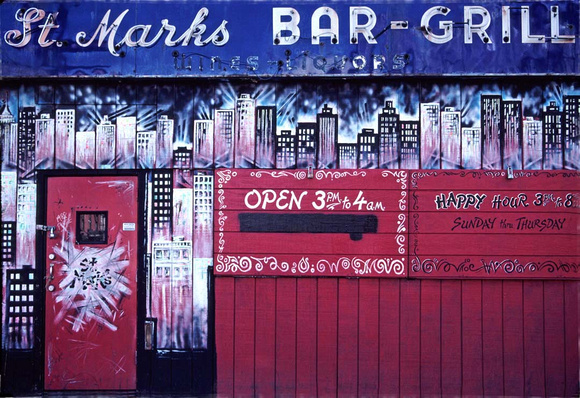